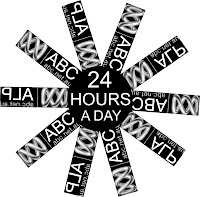 ABC's 24 hours news channel starts on July 22 and ABC have announced the presenters. Chris Uhlmann has been appointed as Political Editor, and we wish him all the best in the challenging role. A role made even more challenging given Mr Uhlmann's wife, Gai Brodtmann, was recently pre-selected by the ruling Australian Labour Party (ALP) for the federal seat of Canberra. This relationship represents a conflict of interest under section 4.4 of ABC's editorial policy (see notes below), and becomes more significant should Ms Brodtmann win and enter federal parliament.  In relation to the matter Mr Uhlmann has stated  “It’s a perfectly reasonable thing to raise and I have no problems with people raising it at all." So we add a few thoughts.
While Mr Uhlmann, appears to have avoided the worst of ABC's Groupthink culture, it's hard to see how Mr Uhlmann will be able to report on federal political affairs without the constant perception of bias tainting his reporting and commentary, particularly on any story or interview unfavourable to the Coalition. Likewise ALP supporters could argue unfavourable ALP reports are due to Mr Uhlmann seeking to ensure he is not seen as favouring the ALP. While we hope Mr Uhlmann will spend equal time scrutinising all sides of politics it might be the stories that go un-reported that are the most telling. Will Mr Uhlmann risk his relationship in reporting stories highly damaging to the ALP, or will these stories be left at the kitchen table with the breakfast leftovers?
It seems Mr Uhlmann will find it hard to win either way. In light of this perhaps an overseas posting or a "world affairs" brief for Mr Uhlmann would be a more appropriate way for ABC to manage the conflict of interest.
ABC continue to turn a blind eye to the close relationship between its current affairs presenters and the ALP (think Kerry O'Brien and Maxine McKew). On the face of comments from ABC's head of national programs for ABC News, Alan Sunderland, that he’s “very comfortable” with the relationship, it seems Auntie's eyes will probably remain covered in this instance.
ABC NEWS WATCH intends to keep an eye on the stories that go to air, and perhaps more importantly, on those that don't.

(d) the nature of the outside activity, association or interest
(e) any damage that could be done to the audience’s perception of the editorial integrity of the program if the outside activity, association or interest were discovered.
4.4.15 In assessing whether a staff member should cover, or continue to cover, a story in which he or she is or is likely to become a participant, the staff member and supervisors should consider factors including –
(a) the extent to which the essential elements of the story relate to the staff member’s own actions or inaction;
(b) the nature of the personal interests involved;
(c) the relationship between those personal interests and the organisation, individuals, issues and events required to be covered by the ABC, in particular the extent to which the staff member’s personal honor or reputation has or is likely to be pitted against the honor or reputation of other participants;
(d) whether disclosure of the personal interests would be sufficient in all the circumstances of the case;
(e) whether, if the staff member were to cover the story, audience members with knowledge of the facts giving rise to the conflict could reasonably doubt the fairness and accuracy of the story;
(f) whether, if the staff member stands aside, audience members will lose any element of substance from the ABC’s coverage which could not be provided through other means (for example, by having another journalist interview the staff member-participant in the same way as any other participant).
Posted by Marc Hendrickx at 6:21 AM