Where they hide the corrections

The Australian Newspaper report: ABC boss Mark Scott signals new corrections policy.
ABC managing director Mark Scott has signalled a dramatic shift in the way the national broadcaster publishes corrections and apologies after becoming embroiled in a series of controversies over the standard of its reporting and its refusal to admit mistakes.

ABC do a great job hiding their errors and corrections. Here's how to find the ones they acknowledge:

In an internet browser of your choice:

You'll note there is no easy one click link to ABC's many errors, corrections and misrepresentations.

Scroll to the very bottom of the page,

In the left hand column click on the link:

On the right hand side there is now a list with a number of choices:

Resolved complaints This was introduced seemingly in 2011. The difference to "upheld" complaints something only known to ABC's bureaucrats.

Reports and reviews Summary reports going back to 2002.

To confuse matters ABC news has their own corrections page. It too is buried. To find it:
Open http://www.abc.net.au/
Click the link to NEWS in the top menu bar
Scroll down to the small print at the bottom of the page where you'll find a link titled:
This has a list of corrections back to 2010.

Details of ABC's complaints were also previously posted in Annual reports when they were referred to the now defunct  "Independent Complaints Review Panel".
Posted by Marc Hendrickx at 8:18 AM 2 comments: 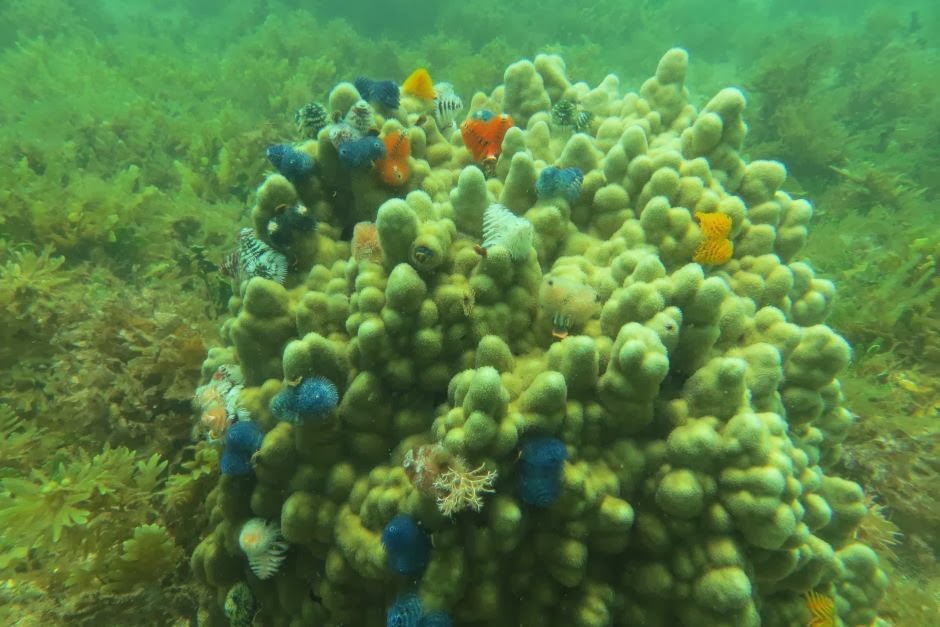 Geoffrey Luck has a great article at Quadrant covering the history of ABC's complaints process.

How The ABC Gets Away With It

Complain all you like about the broadcaster's transgressions against fact and impartiality, but it is unlikely to do a scrap of good. While Managing Director Mark Scott embraces semantics, the review process wraps complaints in lawyerly language, obfuscation and interminable delays

Click the link to read the rest.
Posted by Marc Hendrickx at 11:40 AM No comments:

What ABC is teaching our Kids

The piece(s) contain this glaring piece of sensationalism:

"Last year, 2013, was Australia's hottest year ever and we've started 2014 with another 50°C heatwave over inland Australia that then migrated to the southeastern states."

Temperatures as measured at Bureau of Meteorology station did not pass 50°C this summer anywhere in Australia. The correct descriptor would be "another high 40s°C heatwave", but of course we get those every year! But where is the news in that? We have requested ABC investigate.

Sadly it seems the site has the same respect for the facts as the rest of the ABC.

The following from ABC: received today...


You are correct that no temperatures above 50 degrees were recorded in the period described. The story has been corrected.

Audience and Consumer Affairs are satisfied correcting the story adequately resolves the matter.

Score +1
Posted by Marc Hendrickx at 9:22 AM No comments:

WUWT has an interesting post on the conflicting nature of recent climate change research:

While Matthew England claims in a new paper that fast trade winds caused cooling.
Another paper from 2006 says the exact opposite.

Once again ABC's reporters fail their readers by not mentioning the glaring contradiction given they covered the 2006 paper. One wonders where ABC's "journalists" are getting their training. Seems the ABC's Groupthink hot house is failing to imbibe a sense of scepticism necessary for sound reporting.

Back in 2006
Global warming may weaken Pacific current
The vast looping system of air currents that fuels Pacific trade winds and climate from South America to Southeast Asia may be another victim of climate change, scientists say

You can only sit back and weep! We made ABC's Alan Sunderland aware of the inconsistency.
Posted by Marc Hendrickx at 8:23 AM No comments:

A sit down and a chat

ABC need to have a sit down and chat about its performance on so many issues. Endemic groupthink has pushed public confidence in the organisation to new lows. Some recent op eds set the tone:

Andrew Bolt: The ABC is out of control and its boss simply attacks its critics.
Henry Ergas: But to ensure good use of the community's resources, it is not enough to ask whether the public service broadcasters are doing what they do properly; one must also ask whether they are doing the right things.
Paul Sheehan: This brings into question the judgment of the news and current affairs division, and its self-perpetuating, cultural proclivities at the most basic, granular and reflexive level.

Some further comment at Catallaxy: The ABC is in trouble

Update Good line in an Oz editorial: An examination of facts shows the ABC's reporting of torture claims against the navy was wrong, unjustified, incorrect and irresponsible, whatever its motives.

Posted by Marc Hendrickx at 9:15 AM 2 comments: