We pay over $1billion dollars to the ABC each year. You'd expect with that amount of money, enough to purchase around 3030 new Cat 1 fire fighting tankers (each year), it might be able to meet the requirements of its charter and present a news service free of bias and error but unfortunately for many, many years now it has been failing miserably and continues to let the Australian public down. If any other government agency was this bad they would long ago have been restructured or given the boot, with red-faced politicians vowing that such waste would never see the light of day ever again.
This post from JoNova demonstrates that when it comes to climate, ABC has (long) been infected by activists intent of rewriting history to meet a failing propaganda message.
For another example consider this piece about the maximum temperature in the nation's capital.
Canberra records highest December temperature as mercury soars to 39.3C

ABC claims "Canberra has surpassed its highest recorded December temperature, amid a heatwave that continues to sweep the country. At 3:16pm, the Bureau of Meteorology (BOM) reported the mercury had reached 39.3C at Canberra Airport, breaking the 1994 record of 39.2C."

Now compare those statements with the weather recorded at the official Canberra Capital Weather station in Acton that was run for 27 years between 1912 and 1939.
Station:Canberra (Acton)Number: 70099 Opened: 1912 Closed 31 Dec 1939

Here are the top 5 maximum temperatures for December recorded at ACTON until 1939 Canberra's official weather station:
Year Month Day Max.T
1938 12 27 39.7
1937 12 24 38.5
1937 12 23 38
1938 12 19 36.8
1931 12 31 36.7
The temperature on December 27 1938: 39.7 degrees C. This news article from the Telegraph captures what remains Canberra's highest December maximum. In 1938 Acton and the rest of Canberra was more rural village than city with much less urban heating affect. The ACTON reading was done in a Stevenson screen with a mercury thermometer that does not react to microsecond heat bursts like the current electronic thermometer housed on the runway at Canberra's Airport (BOM station 70351 opened in 2008, it replaced another at the airport 70014 that recorded data between 1939 and 2008). It seems both ABC and indeed BOM are completely unaware of the data stored in BOM's vast repository. Our first Parliament house opened in May 1927. Somehow the incompetent reporters at ABC believe there was no weather station there till 1939!

For interest the highest recorded Max. Temp at ACTON was 42.8C set on Jan 11, 1939. ABC would have you believe Canberra's record high is 42.2C recorded on Feb 1 1968.
ABC: "Earlier forecasts for Saturday put the hottest ACT temperature ever, 42.2C, under threat of being overtaken, but the BOM later downgraded its prediction to 41C."

I can't believe we still are forced to pay for the lies, errors and misrepresentations.

For other posts that feature the ACTON station follow this LINK

UPDATE: According to BOM today Canberra Airport recorded at least 40.1C. Amazing what hot tarmac and overly sensitive instruments will do to our weather history!
21/03:00pm 40.1

Update 2: The actual recorded max was 41.1C! Seems BOM's method of instantaneous weather, that records an errant exhaust blast from a passing jet engine will totally corrupt our weather records.

UPDATE: ABC issue a correction. We referred your complaint to ABC News.  They have amended the story, including the headline, to make clear that it relates specifically to readings taken at the BOM station at Canberra Airport.  An Editor’s Note has been added to acknowledge and explain the changes made.  In view of this prompt and appropriate action by ABC News, we consider this matter resolved.
Posted by Marc Hendrickx at 6:48 PM No comments: 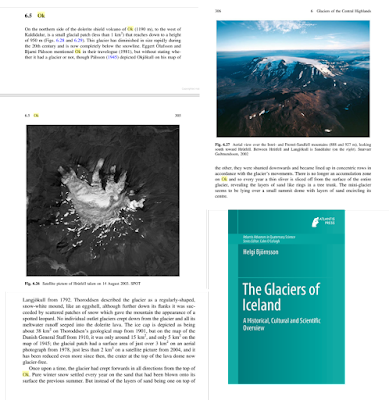 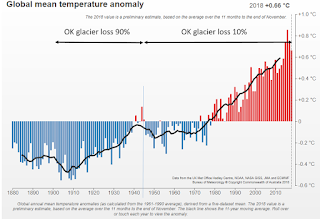 Posted by Marc Hendrickx at 12:40 PM No comments: