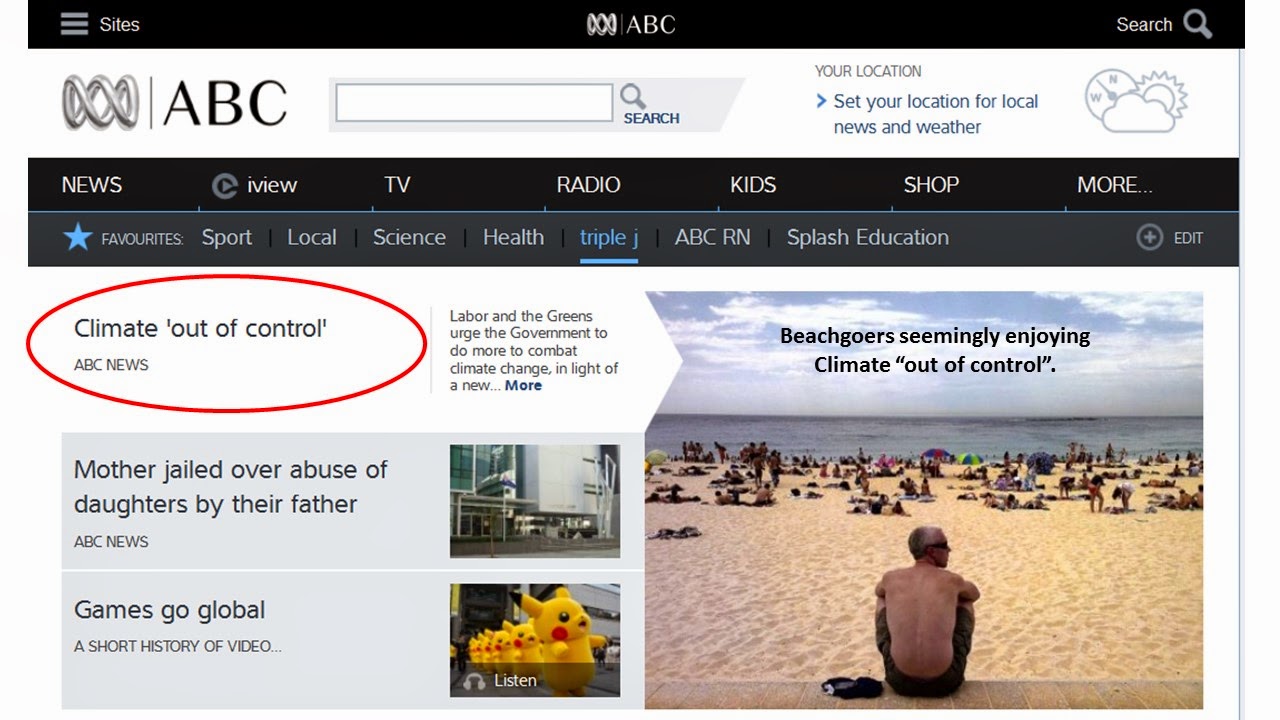 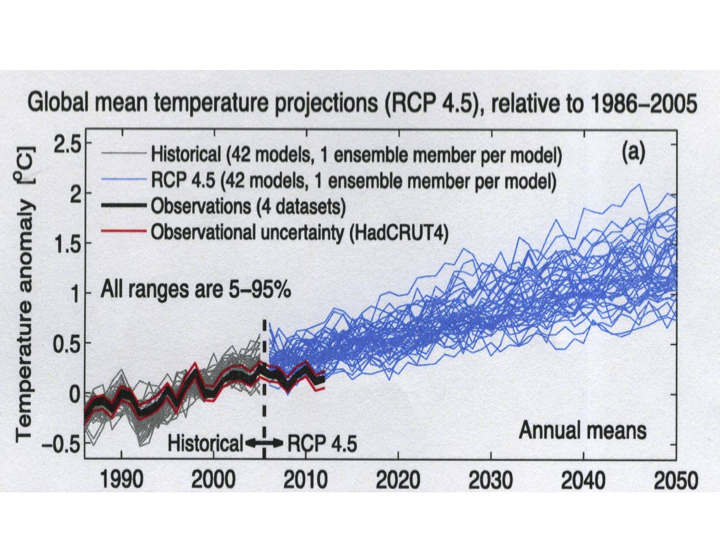 Sometimes the picture doesn't match reality (Part 2). Graph from the post "Will a return of rising temperatures validate the climate models?", at Prof. Judy Curry's site. Perhaps ABC could have sought her opinion!
Posted by Marc Hendrickx at 4:58 PM No comments:

Another by Mike Ramirez nicely sums up the ABC's contribution.... 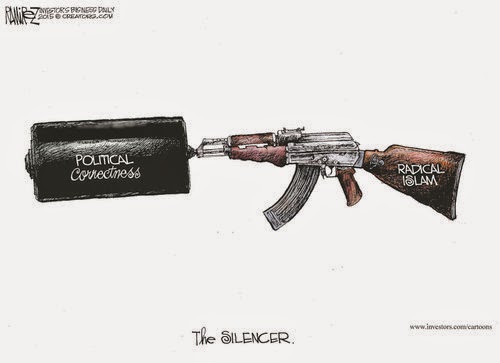 Posted by Marc Hendrickx at 8:53 AM No comments:

Some reading for a rainy day...

Are we really all Charlie? No, no and shamefully no
Andrew Bolt Herald-Sun
They lie. The Islamist terrorists are winning, and the coordinated attacks on the Charlie Hebdo magazine and kosher shop will be just one more success. One more step to our gutless surrender.
Al-Qaeda in Yemen didn’t attack Charlie Hebdo because we are all Charlie Hebdo.
The opposite. It sent in the brothers Cherif and Said Kouachi because Charlie Hebdo was almost alone.
Unlike most politicians, journalists, lawyers and other members of our ruling classes, this fearless magazine dared to mock Islam in the way the Left routinely mocks Christianity. Unlike much of our ruling class, it refused to sell out our freedom to speak.
Its greatest sin — to the Islamists — was to republish the infamous cartoons of Denmark’s Jyllands-Posten which mocked Mohammed, and then to publish even more of its own, including one showing the Muslim prophet naked.
Are we really all Charlie? No, no and shamefully no.


#enoughwiththispandering
Geoffrey Luck - Quadrant
The chatterers at the ABC can quote the like-minded all they like about the understandable alienation Islamist butchers must feel, but events are outstripping their ability to bury the grim reality of near-daily outrages beneath feel-good pap. In Europe, while their leaders waffle, average citizens have had enough

GL in comments at Quadrant...The assiduous avoidance, by two (ABC) reporters in Paris and the studio presenter, of any reference to Islam, Islamic terrorists, jihad or the role of religion or ideology indicates strongly an editorial direction and policy. It is to be hoped that this will provoke energetic protests to the ABC.
Posted by Marc Hendrickx at 9:58 AM No comments:

Don't say the I word

Gerard Henderson in today's Australian comments on ABC's coverage of the Islamic terrorist attacks in Paris.
ABC must confront the inconvenient truth about Islamic terrorism SO Paris is the most recent city to experience a dose of what Monash University academic and former ABC Radio National presenter Waleed Aly has termed a ­“perpetual irritant”. However, to everyday Parisians, the murder of Charlie Hebdo staff and two ­policemen was by no means an ­“irritant”.
The latest attack by an Islamist group on a democratic society again pointed out the difference in approach to such events taken by most members of the general public and some members of the intelligentsia. To the former, jihadist inspired murder is just jihadist inspired murder. To some commentators, on the other hand, murderers have complicated ­intentions along with motives that appear other than what they are. Still others decline to call a jihadist a jihadist.
On early Thursday morning news broke in Australia on the latest terrorist attack in France. In Sydney, ABC Radio 702 issued the following tweet: “Waking up and learning of the overnight violence in Paris? Here’s some of the history of Charlie Hebdo.” To which one tweeter responded: “Overnight violence? How about calling it an ‘Islamist terrorist attack’? That’s what it is.”


Also in the Oz today a great piece by Brendon O'Neill:
Western freedom of speech was under attack long before the Paris killings
THE global cry of “Je suis Charlie” in response to the bloody massacre of satirists and cartoonists in Paris has been heartening.
From Paris’s Place de la Republique to London’s Trafalgar Square to the streets of San Francisco, thousands of people have gathered in silence, holding up pens, in memory of the 12 people killed in the brutal assault on the satirical newspaper Charlie Hebdo.
The pens symbolise the freedom to write, to draw, to express in print what lurks in one’s mind. An attendee at the gathering in London spoke for many when he stated simply: “I’m here to support freedom of speech.”
Yet while these quietly angry gatherings have spoken to a deep well of human solidarity, they also feel a little too late.
For the ideal of freedom of speech has been under assault for years in the West, battered by law and by mobs and by super-sensitive cliques of offence-takers, everywhere from France to Britain, Scandinavia, the US and Australia.
And it has been in part this ­silent war on free speech, and particularly the institutionalisation of the crazy idea that it is bad to offend people’s sensibilities, that has encouraged Islamists to think they have the right to stamp out Mohammed-reviling material.


Posted by Marc Hendrickx at 7:10 AM No comments:

This post by Ken Stewart caught our eye (link below). ABC continue their weird form of journalism  where they don't bother to check the facts. Luckily Ken checked them...

Not the Worst Drought in 80 Years
Posted by Marc Hendrickx at 6:49 AM No comments:

Bravest of the Brave 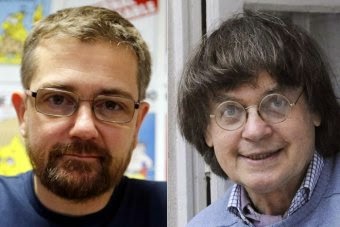 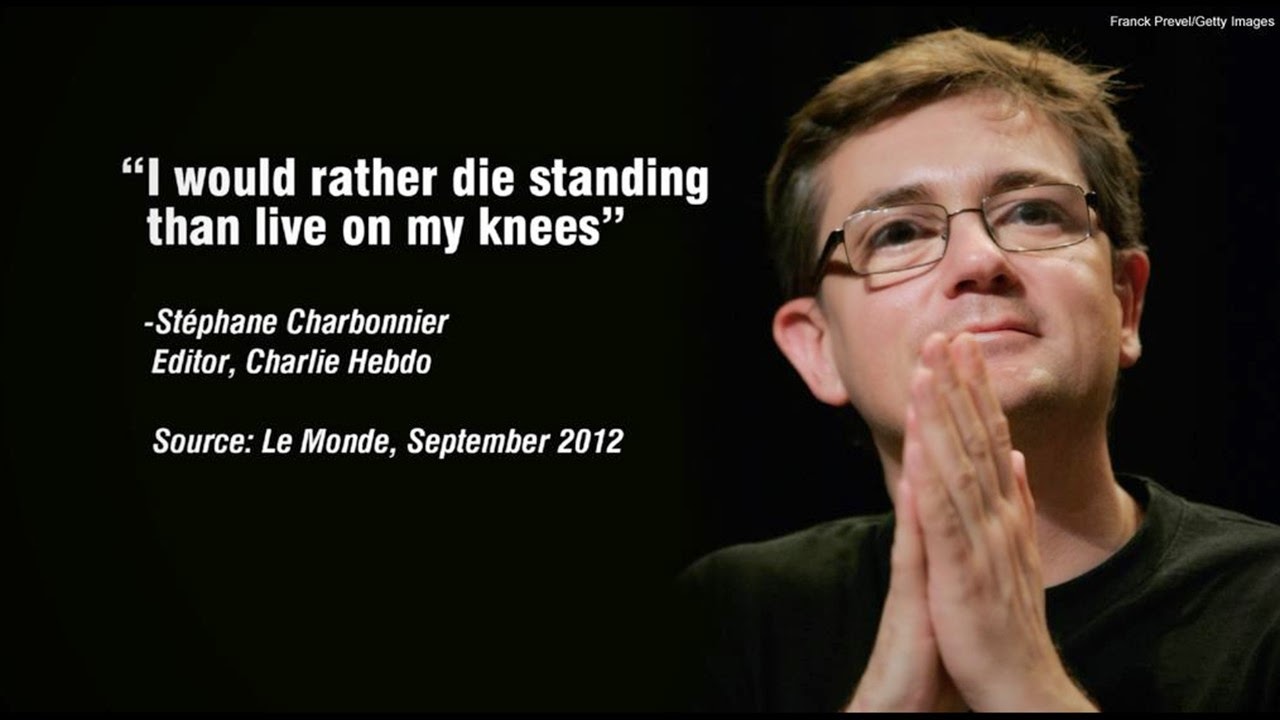 The bravest of the brave!
Posted by Marc Hendrickx at 9:10 AM No comments: