Stuffed Emu part 2: a recipe for a hoax

We have sent the following complaint to ABC for determination...
It seems the academic world has finally caught up with Bruce Pascoe's hoax. In light of the publication of
Farmers or Hunter-gatherers? The Dark Emu Debate By Academics Peter Sutton and Keryn Walshe,
can ABC please review its determination of my earlier complaint C19899-20?
I would find it hard for ABC now to justify retention and promotion of any Bruce Pascoe references in the presence of such damning criticism, especially for educational purposes.
To quote Peter Sutton from a recent article in The Age: "He (Sutton) was “disappointed” that in attempting to describe Aboriginal land use, Pascoe ignored the importance of spiritual tradition and ritual. He (Sutton) was “stunned” that the book was “riddled with errors of fact, selective quotations, selective use of evidence, and exaggeration of weak evidence”, including the suggestion Aboriginal people have occupied Australia for 120,000 years. And he (Sutton) was “outraged” that school curricula were being changed to conform with the Dark Emu narrative, embracing Pascoe’s descriptions of an early agricultural society."
In its determination, of  C19899-20 ABC state: "Audience and Consumer Affairs are satisfied that Dark Emu is a credible and appropriate subject for an ABC Education resource". In light of the new book that debunks Pascoe's work, does ABC Audience and Consumer Affairs still stand by its finding? 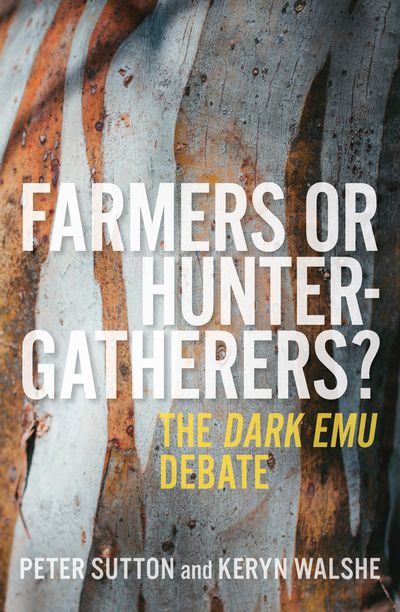 Thank you for your email.

Your correspondence has been considered by Audience and Consumer Affairs, a unit which is separate to and independent of program making areas within the ABC. Our role is to review and, where appropriate, investigate complaints alleging that ABC content has breached the ABC’s editorial standards: https://edpols.abc.net.au/policies/

Please note that Audience and Consumer Affairs did not, as you suggest, make a ‘determination’ or ‘finding’ with regard to your complaint C19899-20; we declined to investigate.  We remain satisfied that the response to you on 1 May 2020 was reasonable and accurate.  Once again, you seem to have the expectation that Audience and Consumer Affairs will make a determination on the accuracy of Bruce Pascoe’s book Dark Emu.  That is not our role.

However, I have brought your email to the attention of ABC Education, who have provided the following:

“ABC Education is reviewing the contents of the new book (Farmers or Hunter Gatherers? The Dark Emu Debate) as we do regularly with all our resources to ensure they remain relevant and useful additions to the Australian Curriculum. We are aware that some people don’t agree with Bruce Pascoe’s interpretations of historical sources and encourage people to evaluate the strengths and weaknesses of all historical sources.”

Please be assured that your comments are noted.

Posted by Marc Hendrickx at 10:02 AM No comments: