Missing News: No Need to Panic About Global Warming

ABC News have previously provided reports involving letters signed by scientists that make a political point (eg., Here, Here and Here).
Why is this one missing?

No Need to Panic About Global Warming
There's no compelling scientific argument for drastic action to 'decarbonize' the world's economy.
A candidate for public office in any contemporary democracy may have to consider what, if anything, to do about "global warming." Candidates should understand that the oft-repeated claim that nearly all scientists demand that something dramatic be done to stop global warming is not true. In fact, a large and growing number of distinguished scientists and engineers do not agree that drastic actions on global warming are needed.
Read the rest in the Wall Street Journal.

Update ABC get around to reporting something and include this outstanding but of hypocrisy from the Prince of Precaution, climate commissioner and Mammologist Tim Flannery:
TIM FLANNERY: They are not all scientists. There are some engineers, there are astronauts. It sort of a bit of mix actually as well as a lot of retired scientists in there so no, this sort of thing doesn't really surprise me. 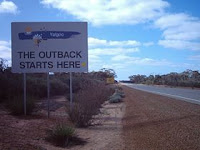 When you think about the Outback do you picture:
A. The arid plains fringing Australia's desert centre
B. The large areas of land in Australia that are not used for growing crops and are far away from any city or town.
C. The vast open plains east of Yalgoo?
D. Anywhere west of Balmain?
E. Dubbo?
Posted by Marc Hendrickx at 8:39 AM No comments:

Email ThisBlogThis!Share to TwitterShare to FacebookShare to Pinterest
Labels: dubbo

Former ABC Chairman Maurice Newman has an Op Ed in The Spectator about wind farms:
Against the wind: The pursuit of clean energy has relegated ordinary people to the status of ‘collateral damage’
It includes this paragraph:

"I am not a conspiracy theorist, but we have witnessed the birth of an extraordinary, universal and self-reinforcing movement among the political and executive arms of government, their academic consultants, the mainstream media and vested private sector interests (such as investment banks and the renewables industry), held together by the promise of unlimited government money. It may not be a conspiracy, but long-term, government-underwritten annuities have certainly created one gigantic and powerful oligopoly which must coerce taxpayers and penalise energy consumers to survive."

These opinions oddly not covered thus far by The Drum, or any other ABC news service. I would have thought the ABC would be interested in the views of its former chairman. Perhaps later today?

In 2008 ABC news reported on the award of a State Government research grant to a north Queensland university student to continue researching how rising sea temperatures affect coral (Reef researcher wins Smart State grant). Odd then that that when the researcher in question has something positive to say about the adaptability of the reef to climate change that ABC choose not to report anything.

Just as well The Australian are there to fill in the gap with a good news story...
Coral breakthrough offers climate hope.

CORAL reefs may be much better able to adapt to rising sea temperatures due to climate change than previously thought, according to a breakthrough Australian discovery revealed yesterday.
The research undertaken at the Australian Institute of Marine Science (AIMS) and published in the journal Nature Climate Change has overturned previously held assumptions about coral bleaching and which corals may survive in warmer waters.
According to PhD student Emily Howells, the findings demonstrate the potential for corals to adapt is more widespread than previously thought.
By Graham Lloyd, follow the link above to read the rest.

Posted by Marc Hendrickx at 2:32 PM No comments: 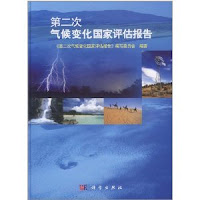 
Seems our climate commissioner must also have expertise in Mandarin, funny that I haven't heard it mentioned before!
Posted by Marc Hendrickx at 9:42 PM 1 comment:

A number of low lying islands in Torres Strait are prone to inundation during king tides and storms. No surprise, that's what happens when your front door is only a few feet above the high tide mark. In the late 1940s the islands of Saibai and Boigu near the PNG coast were evacuated following tidal erosion caused by summer storms. The islanders were resettled on Cape York.

For some reason ABC chose not to include this critical historical information in a report broadcast by The World Today titled "Fears Islanders may soon be forced out of their homes". In their alarming report the ABC claimed:
"The rise in sea levels and an increase in extreme weather events in the region make the islands at this time of the year particularly vulnerable."
While we agree the islands are vulnerable to inundation, the historical information makes it clear that the vulnerability is not new, and does not arise as a consequence of any change in local or global climate, as ABC would have us believe.

These claims (of rising sea levels and increases in extreme weather events) are not substantiated. In regard to rising sea levels, there are few tide gauges in the area that could be used to support the contention that local sea level is rising. Looking at the tide chart below for Turtle Island (near Thursday Island) from the  Permanent Service for Mean Sea Level (PSMSL). It appears that local sea level in this part of Torres Strait has been fluctuating since records began. But there is not much data to go on.

As ABC do not quote any authority for their claim that extreme weather events are increasing in the region we assume they just made that one up. Wouldn't be the first time!

We have requested ABC substantiate the claims made in their report, and to include mention of the historically significant inundation events in the online version.

PS. A related piece from last year titled Torres Strait pleads for climate change action, leads with the following sentence: Torres Strait Islanders have warned Prime Minister Julia Gillard they could become Australia's first climate change refugees if she continues to ignore the effects of rising sea levels in the area.
Amazing how much can be debunked with a little historical context and a little data!
Posted by Marc Hendrickx at 4:02 PM 2 comments:

Extreme weather misinformation at the ABC

ABC NEWS WATCH enjoyed the new year from the comfort of a pool side lounge chair in a distant land positioned just above the equator, so we missed the "Extreme heat in southern Australia" that the ABC AM reported on the 3rd of January. Just as well as AM's Peter Cave reported the story in the following manner:

"South Australia is sweltering with the hottest start to the year in more than a century."  Glad I was sipping cool beer elsewhere. That must have been some heatwave (though based on the evidence some would have just called it summer)!

So hottest since at least 1912? Let's test the validity of that claim (made by the ABC); mindful that just one observation is all that is needed to disprove the claim.

Start the clock:
1. open Google
2. type "Heatwaves in South Australia"
3. follow the first link to the Bureau of Meteorology page of the same heading.
4. Read the page (reprinted below)
5. Claim debunked.
Time taken: about 2 minutes.

That ABC claim again: "South Australia is sweltering with the hottest start to the year in more than a century." Seems there will be no halt to the climate mis-information this year.

See Also
Warwick Hughes looks at other weather mis-information being spruiked by our national news service in his  post: Lies and misinformation on ABC news about heat waves

Ian Hill also covers the Adelaide "heatwave" at Jo Nova's site finding: There have only been 78 other heatwaves like that in Adelaide… and 51 were hotter

Last year, following a change in ABC's complaint handling process, we passed on a number of unsatisfactory responses onto ACMA but are still awaiting a response. Hopefully the slow wheels of the bureaucracy will turn over and we'll get a response.

This year will see us continue our focus on ABC's climate change and environment reporting that for some time has been marked by activism over sound journalism.

Missing this year will be pictures from ABC's environment news portal. ABC finally seem to have fixed the glitch that provided such a rewarding mismatch of images and headlines.

Wishing readers all the best for the coming year.
Posted by Marc Hendrickx at 11:58 AM No comments: