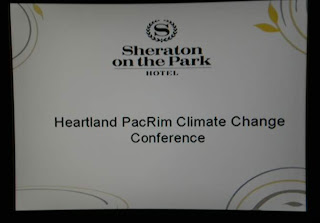 We wonder if Auntie's cadre of Groupthinking reporters were frightened off by the prospect of being enlightened by a few facts that would overturn the ABC apple cart.
Posted by Marc Hendrickx at 6:51 PM