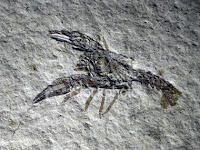 istockphoto
ABC reporters failed to ask pertinent questions and produced this rather scary headline on ABC News Online: Antarctic krill at risk from CO2. The report states:
"Scientists exposed the laboratory krill embryos to varying levels of carbon dioxide, from as little as 380 parts per million, which is the current surface level, to 2,000 parts per million. The embryos exposed to the highest level did not survive."
Here are a few questions ABC did not ask...

Question: And what is the likelihood that atmospheric CO2 levels will reach 2000ppm in the near future?
Question: Given that atmospheric CO2 levels are unlikely to go anywhere near 2000ppm over the course of the next million to 100 million years, how are these alarming but highly improbable results relevant to the current policy debate?
Question: How did krill perform under conditions that are realistic over the next 100 years, at CO2 levels say of 500ppm? Is it true there was no effect at this level of CO2?
Question: Krill are crustaceans. You have taken krill adapted to current levels of CO2 and placed them in an environment they are not adapted to. As crustaceans are among the most successful animal groups having survived  periods in Earth's history when CO2 levels were more than 4000ppm, what does this say about the capacity for krill to rapidly evolve to future conditions where CO2 levels are higher? As they have survived previous periods of high CO2 would you agree that the odds are that they will be around long into the future, any comment?


Update: Here's some good news for the Krill...

Posted by Marc Hendrickx at 7:31 AM

Email ThisBlogThis!Share to TwitterShare to FacebookShare to Pinterest
Labels: lack of inquiry