Putting faith in Authority. Climate coverage at the ABC Part 3 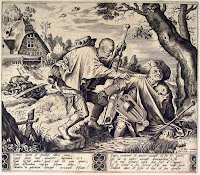