ABC Science: a case of blind leading the blind 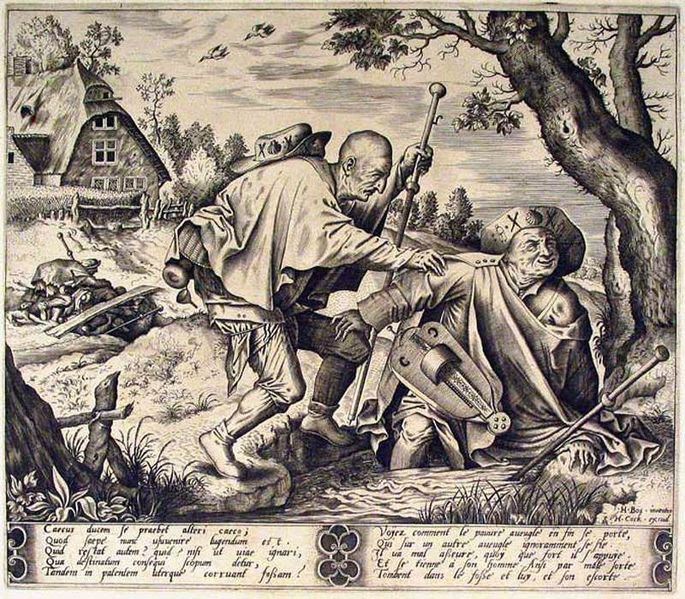 In a week that saw publication of a paper that demolished the statistical methodology of  tree ring based palaeo-temperature reconstructions once and for all, shredding the infamous Hockey Stick like a straw in the process; a week that saw publication of a paper pouring ice cold water on IPCC predictions of alarming sea level rise ; a week that saw publication of a paper that sends IPCC climate models back to the chalk board, ABC Science ignore choose these highly newsworthy papers that falsify elements of the IPCC hypothesis in favor of those spruiking alarm. Firstly promoting deeply flawed work on Antarctic Sea Ice (currently at record levels) and secondly promoting an opinion piece by a non-scientist that warps the scientific method "placing science in a social, political and cultural context (ed. - what a load of post modern drivel)".
This week surely breaks the back of any claims ABC had for balance and lack of bias in its coverage of climate change science.
This quote by Karl Popper aptly describes ABC's myopia:
"Whenever a theory appears to you as the only possible one, take this as a sign that you have neither understood the theory nor the problem which it was intended to solve."

Update you can add a new paper to the list: "Influence of Location, Population and Climate on Building Damage and Fatalities due to Australian Bushfire: 1925-2009" "there is no discernable evidence that the normalised data is being influenced by climate change due to the emission of greenhouse gases."
Posted by Marc Hendrickx at 7:24 PM

Email ThisBlogThis!Share to TwitterShare to FacebookShare to Pinterest
Labels: bias