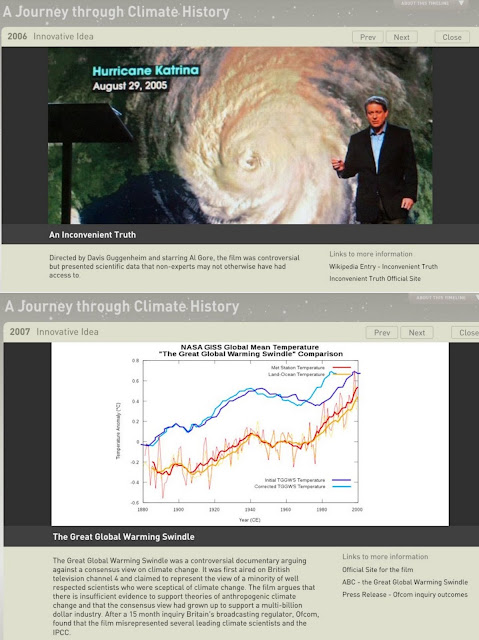 Screen shots from ABC's A journey through climate history. Note the different treatment given to Al Gore's Film as opposed to the documentary "The Great Global Warming Swindle". No mention of the British court case that found errors in Al Gore's movie. This formed one of our complaints of bias.

NEWSFLASH. ABC will shortly be posting a media release about the results of the Independent Complaints Review Panel's deliberations on our complaint of bias in ABC's A Journey through climate history (or the climate time lie). ABC require confirmation that complainants have received a copy of the complaint prior to its formal release of the report on the ABC website. Here's a copy of a letter sent to Mark Scott ABC Managing Director. The complaint was not upheld, we assume the full report will be available soon and we will post further when ABC make it available. It certainly makes for an interesting insight into ABC's bureaucracy. UPDATE-scanned copy reproduced below.

RE: ICRP Report: A journey through climate history.
Dear Mr Scott,
Just a short note to inform you I have received your letter of the 16 August relating to the ICRP report about ABC Online’s “A journey through climate history”.
I note that the report supports my contention that “A journey through climate history” provides a biased view of climate change events, and had the complaint been weighed under ABC editorial policies Section 5, it appears the complaint would have been upheld.
The ICRP report contends the biased view in “A journey through climate history” is balanced by other coverage provided by the ABC and as such, under section 7, lack of balance in this case is provided for under the pretext that ABC maintains “balance” from a network perspective. However given ABC’s Chairman Maurice Newman’s recent comments that ABC’s coverage of climate change amounted to “Groupthink” and based on my own investigations (ABC New Watch) I see little to indicate ABC has provided balanced coverage on this issue. “A Journey through climate history” merely serves to confirm ABC’s Groupthink position on climate change.
As an example of continued Groupthink I note ABC comments to the panel to specific omissions from the timeline on page 5 of the report. In relation to the Ordovician Glaciations (which ABC omitted from the Timeline) ABC claim “that scientists no longer consider there to be any inconsistency between the carbon dioxide record and the timing of the Ordovician ice age.” ABC quote a New Scientist article in support. I attach a recent paper published in the peer reviewed journal Geology that clearly shows, contrary to ABC opinion, there remains considerable debate on this point. We find it troubling, but not surprising, that the ABC have sought to mislead the panel on this point.
ABC’s latest promotion invites Australian’s to join the conversation. I’m not sure Australian’s want to be part of such a one sided conversation. As Maurice Newman stated:
“At the ABC, I believe we must re-energise the spirit of enquiry.  Be dynamic and challenging – to look for contrary points of view, to ensure that the maverick voice will not be silenced.  There should be no public perception that there is such a thing as an “ABC view” – we must be neither believers nor atheists but agnostics who acknowledge people have a right to make up their own minds.”
(The attached report is: Did intense volcanism trigger the first Late Ordovician icehouse? Geology; April 2010; v. 38; no. 4; p. 327-330; DOI: 10.1130/G30577.1) 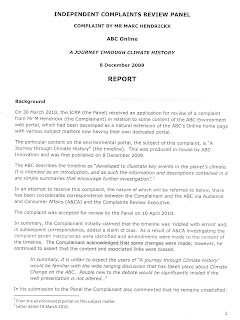 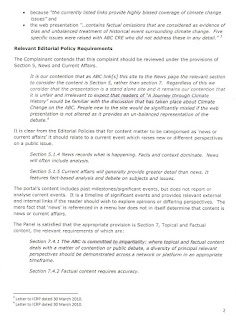 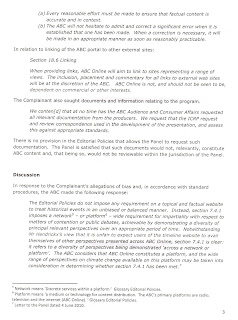 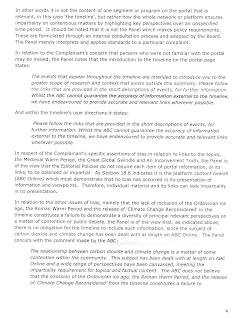 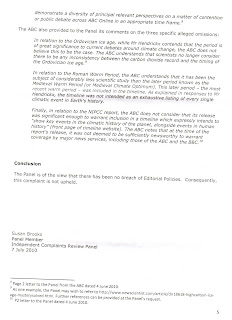 The report was written by "team" member Susan Brooks.
Posted by Marc Hendrickx at 4:53 PM