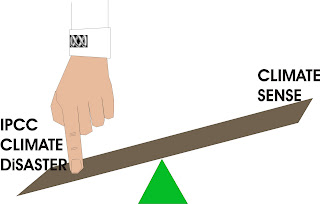 ABC unleashed have a piece by part time journalist, blogger and apparent climate non-sceptic Margaret Simons looking at ABC Bias. The article, titled "Bias allegation rumblings still a constant at your ABC", makes light of our complaint about ABC's "A journey through climate history". We posted a reply on the site but just in case it fails to get up here's a copy...
Thanks for noticing Margaret. Readers might be interested in the full correspondence behind the complaint about ABC's climate time "lie" available at the blog ABC News Watch (http://abcnewswatch.blogspot.com/).
(See list below) The simple aim of ABC NEWS WATCH is to publicise the errors, omissions, and substandard reports produced by the News service of the Australian Broadcasting Corporation (ABC). In doing so we hope to provide an independent check or audit on ABC news articles and in doing so improve the standard of ABC news reporting. Readers will find a rich collection of posts that demonstrate ABC bias or simple lack of competence in its climate change and other news coverage. What ABC has chosen not to report on in regard to climate science is particularly damning.
Our investigation into ABC’s climate time line "A journey through climate history" included an FOI request, turned down by the ABC (ABC is exempt from FOI for program content), for correspondence, relating to the production of ABC's defective time line. If ABC want to demonstrate there was no bias in the production of its online presentation why not release the emails? On this we encourage ABC employees interested in truthful journalism to leak the documents to the press. Its no climategate but I’m sure it would be revealing of ABC’s internal workings.
Margaret neglected to mention that the ABC’s Independent Complaints Review Panel did in fact find that parts of "A Journey through climate history" were biased. Quoting the panel’s report: “In the Panel’s view, the Complainant’s specific assertions of bias in relation to links to the topics: the Medieval Warm Period, the Great Global Swindle and An Inconvenient Truth, do not require each item of portal information, or its links, to be balanced or impartial. As Section 18.6 (of the Editorial Policies) indicates it is the platform content overall (ABC Online) which must demonstrate that no bias has occurred in its presentation of information and viewpoints. Therefore, individual material and its links can lack impartiality in its presentation.”
Margaret regarded the process as pythonesque and downplayed the implications. Having intimate knowledge of ABC’s complaints process we can truthfully attest it is much more like “Yes Minister”, with ABC Audience and Consumer affairs playing the role of the crafty  Sir Humphrey Appleby, hell bent on denying errors, bias or lack of balance through artful use of ABC’s editorial policies.
The implications of ABC Groupthink on the publics knowledge of Climate science are devastating. In taking a premature position on climate science while the debate continues ABC have shut the door to the contest, thereby denying its audience a full view of the field of play, one in which it is becoming increasingly obvious that organisations like the IPCC have over exaggerated the role CO2 plays in dangerous man made climate change.
ABC have made it easy to lodge a complaint through its contact page. We invite readers here to take the plunge, afterall they say its your ABC. Let us know how you go.

Posts on ABC's "A journey through climate history"

New comments are not allowed.