Nothing there about the extreme heat in SA, on any day on the front page, There was this online, and on the 4th a headline on page 7 that read "At last Summer steps ashore" 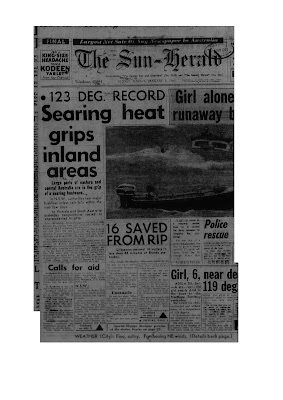 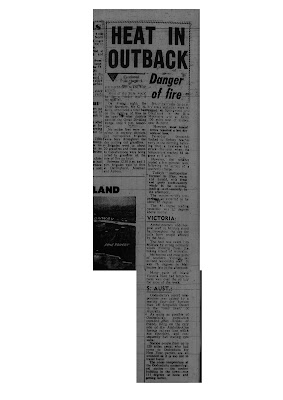 Below is the front page from the Sydney Morning Herald, Monday January 4, 1960-"Three babies, woman, man die in heat": 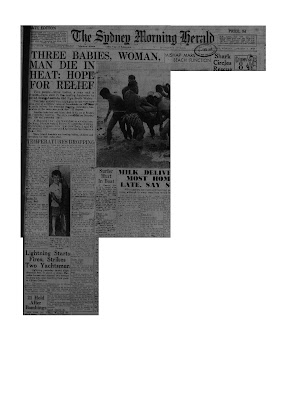 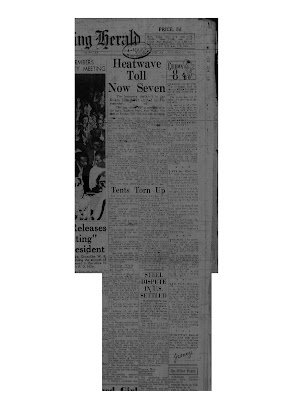 In early January 1960 central Australia experienced such extreme heat that records were set (the temperature in Oodnadatta remains the Australian record), at least 7 people died and birds dropped out of the sky. Our basic analysis (see HERE)  indicates temperatures were higher over a greater area in 1960. It made the front page of the Fairfax press in Sydney on three consecutive days. In early January 2012, the editors of the Sydney Morning Herald felt that three pages of cricket news was far more important than ABC's "hottest start to the year in more than a century."

Posted by Marc Hendrickx at 5:12 PM