Some holiday reading for Quentin

ABC's Quentin Dempster recounts lessons learned from his holiday reading but gets a few facts wrong in the process.
Quentin writes: "Two years ago 200 people in drought-stricken Victoria perished in the wildfires which swept that state. The Climate Institute, backed by the Bureau of Meteorology and the CSIRO, declared the phenomenon to be 'the fires of climate change'. "


A paper by Crompton et al indicates otherwise: "There are relationships between normalised building damage and the El Niño-Southern Oscillation and Indian Ocean Dipole phenomena, but there is no discernable evidence that the normalised data is being influenced by climate change due to the emission of greenhouse gases. The 2009 Black Saturday fires rank second in terms of normalised fatalities and fourth in terms of normalised building damage.
Crompton, R. P., K. J. McAneney, K. Chen, R. A. Pielke Jr., and K. Haynes, 2010 (in press): Influence of Location, Population and Climate on Building Damage and Fatalities due to Australian Bushfire: 1925-2009. Weather, Climate, and Society


Quentin provides a long quote from a Bill McKibbon book about Atlantic Hurricanes suggesting things are getting "stronger and stranger". In fact according to Florida State University's Dr Ryan Maue
"2010 is in the books: Global Tropical Cyclone Accumulated Cyclone Energy [ACE] remains lowest in at least three decades, and expected to decrease even further."

Perhaps next holiday Quentin can read some books that get the facts straight. Here are a few suggestions: 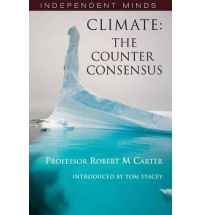 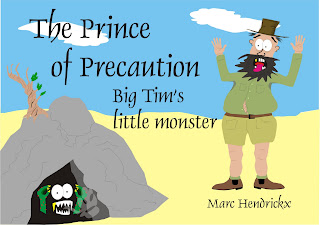 Posted by Marc Hendrickx at 3:50 PM