science show thumbs its nose at the IPCC

Unchallenged comment on this week's program that featured an alarming story about Matsungan Island (off northern Bouganville):

"Given scientific sea level rise predictions on the order of 1 to 2m this century...."

Figure 10.33. Projections and uncertainties (5 to 95% ranges) of global average sea level rise and its components in 2090 to 2099 (relative to 1980 to 1999) for the six SRES marker scenarios. The projected sea level rise assumes that the part of the present-day ice sheet mass imbalance that is due to recent ice flow acceleration will persist unchanged. It does not include the contribution shown from scaled-up ice sheet discharge, which is an alternative possibility. It is also possible that the present imbalance might be transient, in which case the projected sea level rise is reduced by 0.02 m. It must be emphasized that we cannot assess the likelihood of any of these three alternatives, which are presented as illustrative. The state of understanding prevents a best estimate from being made. 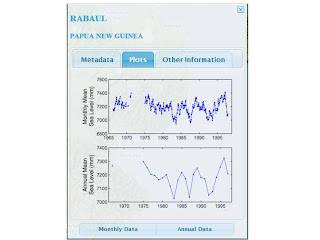 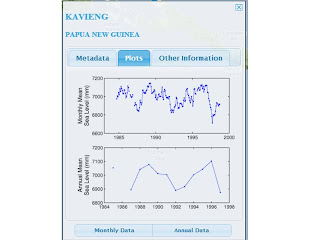 Still an improvement. Recall dear Robyn feels a rise of 100m is a real possibility...

Andrew Bolt: I ask you, Robyn, 100 metres in the next century...do you really think that?

Robyn Williams: It is possible, yes. The increase of melting that they've noticed in Greenland and the amount that we've seen from the western part of Antarctica, if those increases of three times the expected rate continue, it will be huge, but the question...

Andrew Bolt: I'm scared that you think that because the latest studies in Greenland suggest that little spurt of warming that you base some of this has stopped, and it just depresses me that someone like me, I come on...I haven't said anything here that's wild or anything, I get the grilling, but someone like Tim Flannery is treated like God and made Australian of the Year for saying the most absurd things that are laughed at, even by climatologists.

UPDATE The photo the ABC use to accompany their piece comes from a 2008 report put out by World vision. Readers may be familiar with the image that appears on page 54.The appearance of Ursus Bogus a sure sign of propaganda in action. 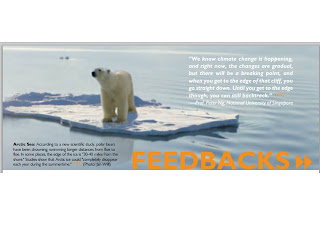 Posted by Marc Hendrickx at 9:59 PM