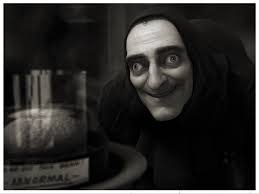 Help save the Colvin engine. Critical components missing in action.

ABC's Mark Colvin was fortunate to have recently been donated a kidney. Can anyone help with a brain? In our opinion it seems Mark's is a little defective. Based on PM's uncritical broadcast of the news item below one can only surmise that Mr Colvin's "critical thinking" lobe has worn out and is in need of replacement or repair. Will someone assist before Mr Colvin's lost capacity of critical thinking becomes permanent? Or is it too late already?

MARK COLVIN: New international research has put a hefty price tag on the effects of global warming in the Arctic. A group of researchers has worked out that methane releases in the East Siberian Sea could speed up global warming and create a damage bill of up to $65 trillion.
The research paper published in the science journal 'Nature' says the impacts of a warming Arctic are largely being ignored.

The criticism that Mark and his forgetful reporter Stephanie Smail forgot to mention (one of many, but this the most succinct):

By Jason Samenow
A catastrophic release of the potent greenhouse gas methane in the Arctic could cause a sudden warming with massive economic consequences says a commentary published in the esteemed scientific journal Nature Wednesday. Yet most everything known and published about methane indicates this scenario is very unlikely. This piece should never have been published without discussing this critical point.


And, here’s the kicker: Nature, the same journal which published Wednesday’s commentary, published a scientific review of methane hydrates and climate change by Carolyn Ruppel in 2011 which suggests the scenario in said commentary is virtually impossible. The review states:
Catastrophic, widespread dissociation of methane gas hydrates will not be triggered by continued climate warming at contemporary rates (0.2ºC per decade; IPCC 2007) over timescales of a few hundred years. Most of Earth’s gas hydrates occur at low saturations and in sediments at such great depths below the seafloor or onshore permafrost that they will barely be affected by warming over even [1,000] yr.

UPDATE. For alarming climate stories ABC often has several incarnations of the same story. We left a comment at the environment site for this one but somehow comment are now closed.
The story published July 25, 2013. Our comment made this morning. There is an editorial comment that reads as follows:

Comments for this story are no longer available. ABC policy is to delete comments on stories three months after they are published.


UPDATE: Mr Colvin pushes another scare story, this one to do with sea level on his twit account. Looks like it is indeed too late! That "ïsland"now completely man made:

A new dam was built seven years ago near the mouth of the river Couesnon, close to the Mont. The dam captures river and tide and expels the water in a series of great flushing actions which have freed the isle from the silt and mud. Within 10 years, it is anticipated the Mont will be encircled by the high tide up to 90 times a year.
Posted by Marc Hendrickx at 8:03 AM