ABC in the News Round up 3

This week ABC provide a case study in biased reporting, provide free publicity to activists, provide no one to join Amanda, and more...

Part 1. Case study in biased reporting.
An Op Ed in The Australian compares reporting of stories pro and against the climate consensus with predictable results. The elevator version: if you are pro - "here are the keys to Ultimo". If you are against - "there's the cross we will nail you to and no wishy washy ed policy will spare you, you denier scum bag". Seems the limp wristed management style of MD Mark Scott has done nothing in the last 3 years to balance the bias of his staff. 0/10 Mr Scott.

Part 2: Environmental beat ups for the week
This photo essay and free add and promotion for The Climate Institute (now that would seem to be a problem for the ABC's Editorial Policies-see section 11!) is replete with factual errors and misrepresentations. It's this weeks winner! The photo's by climate change activist Michael Hall.
We have provided some alternate captions to a few of them: 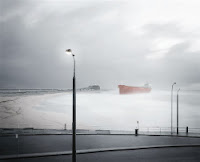 Another lame attempt to link extreme weather to CO2. 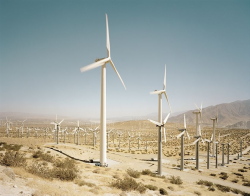 Part 2a. A close second was this report by ABC's Caddie Brain. Caddie left her brain at home when she wrote it. It covered a recent report that based health projections on "CSIRO climate models that indicate that remote parts of Australia could be up to 7 degrees hotter by 2100."
7 degrees! a little alarmist perhaps? And how reliable are those models? Let's see Caddie...Hint note the difference between the models and observations. Now view this Feynman video. "If it disagrees with experiment, it's wrong; that's all there is to it!" 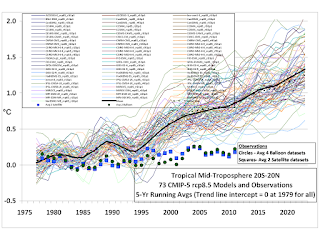 Part 4: Some bananas stay forever.
Seems B1 and B2 will get the axe a month short of 21 years. In the meantime those other ABC fruits: Clarke and Dawe plod through year 25. What colour tie will Brian wear this week?

Part 5: Your taxes at work. See Part 2a. Your taxes paid for crap models, crap analysis and crap reporting. That's one big load of crap.

Part 7: Moth balled
ABC's web pages are a hive of broken links and lost information, like the "earth" page which provides Google Earth links to news from July 2011. Now that's innovation for you!


Part 8: Sucker of the week. SARAH CLARKE for not asking a single question of activist Bill McKibben that would suggest she had completed a degree or cadetship in journalism. Well done Sarah you win this weeks GULLIBUL.

That's Sarah on the Left (of course)
Posted by Marc Hendrickx at 9:01 AM

Email ThisBlogThis!Share to TwitterShare to FacebookShare to Pinterest
Labels: abc round up, Karoly, mark scott