Note the tags below this story on cold weather in NZ... 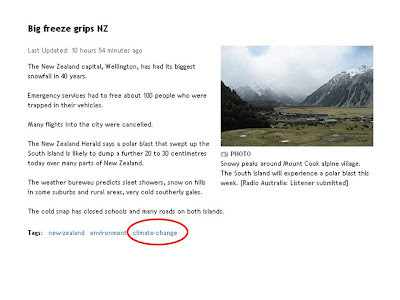 Climate change: now any weather event out of the ordinary.
Here are a few past climate change events to hit our eastern neighbours...
FIERCE BLIZZARD. HEAVY SNOW IN NEW ZEALAND Transport Disorganised.