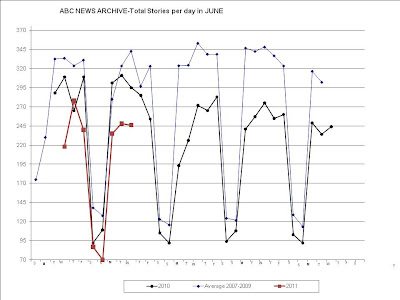 ABC NEWS giving you much much less, for much much more!