Before the ABC: 1927-First the floods then the cyclones

Some headlines from January and February 1927 that might be of interest before the word "unprecedented" rears its head again on  ABC News... 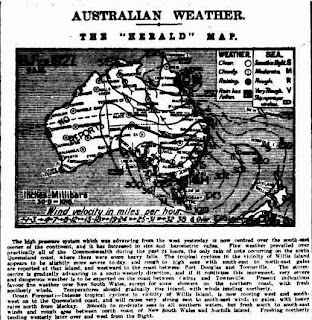 UPDATE 2 Jo Nova links to a 2001 study published in Nature that captures the longer term perspective.
Posted by Marc Hendrickx at 6:51 PM