What does the C stand for in ABC?

ABC, the spoiled brat of the Australian Public Service, react to criticism like a 4 year old told he can't have an ice cream. Earlier this week we posted on the pathetic attempt by the ABC to check facts on a comment Tony Abbot made concerning India's record on Nuclear issues. The ABC made a mountain out of a mole hill, taking diplomatic speak out of context, relied on questionable sources and showed a distinct lack of worldliness in its flawed assessment.

We posted a comment under the name ABCNEWSWATCH to the Fact check site.This was a condensed version of the post linked to above.  Looking at it this afternoon, it seems the kindergarten kids at Fact Check didn't like it and it's been removed.

Screen shot below, the red ring marking the former location of the comment, note the comment above refers to it. 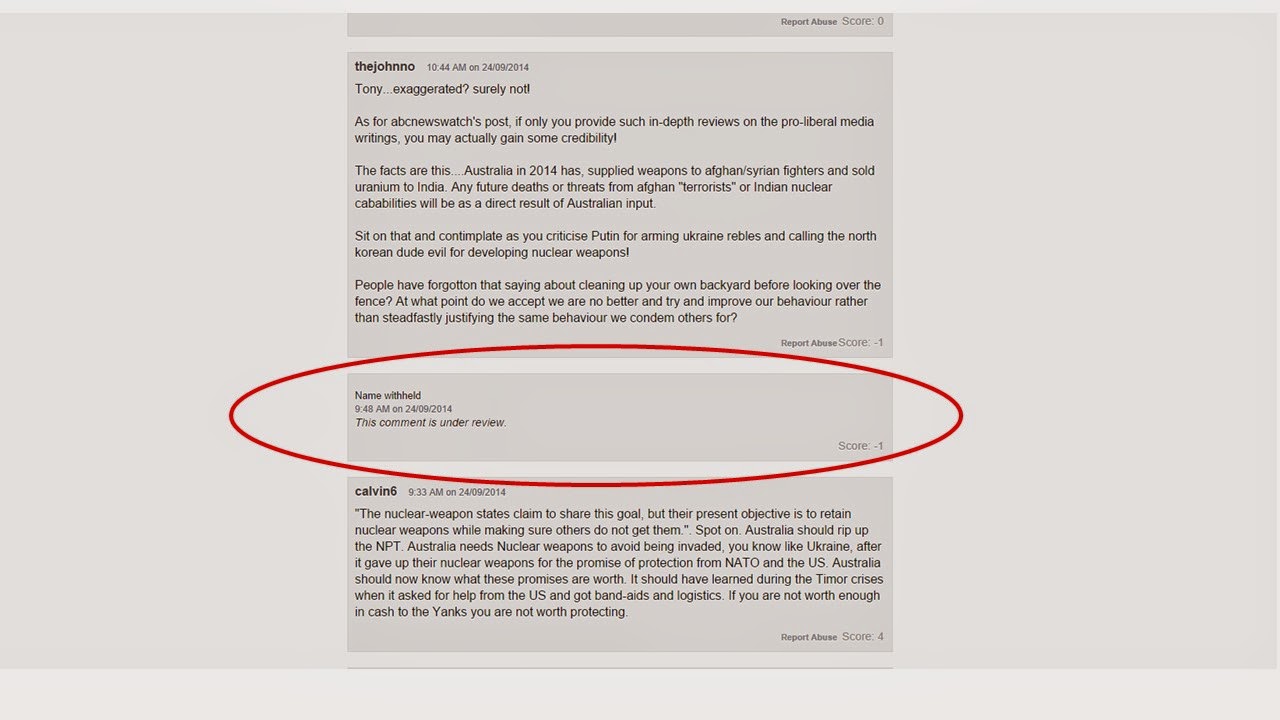 Posted by Marc Hendrickx at 7:08 PM