Why so hot: another lesson in lost history

ABC have a thing for climate catastrophe asking the question "Why so hot?" in this article reporting on recent above average August temperatures in eastern Australia. ABC's reporters have no sense of inquiry and poor sense of history.

The conditions in Sydney summed up nicely in this SMH cartoon from 13/8/1946: 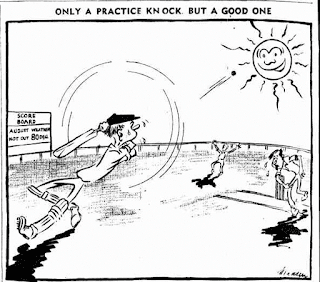 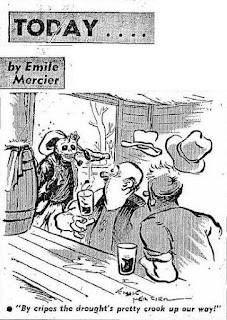 Sydney had seen very little rain for the past month (hmm sounds familiar)... 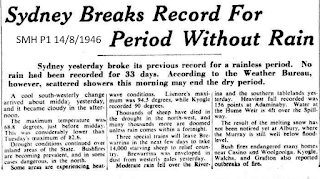 and there were bushfires in QLD.

ABC News once again demonstrates its poor sense of history and lack of curiosity.

Sidenote: This SMH article from a few days ago caught our eye: Sydney sweats through warm night but cool weather is on the way

It includes this claim by BOM's Blair Trewin:

As 6am readings go, Sydney's 22.1 degrees pipped a reading of 21.8 on 24 August 2009 as the city's highest on record for that time of the day, Blair Trewin, senior climatologist at the Bureau of Meteorology, said.
The following table was included in The Sun newspaper 12/08/1946: 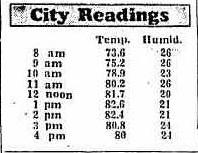 Unfortunately it seems the 6am reading was not recorded but the remainder are well above the temps recorded for 16/08/2017 (see below and link). Fair to say the BOM's grasp of our weather history is quite slim.

Posted by Marc Hendrickx at 8:18 AM