ABC News appear to be having a slow start to June 2010 with total stories well below June 2008, despite higher staff levels. 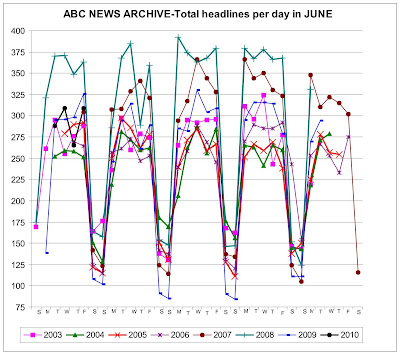 Productivity index so far for June 2010 (stories divided by staff) also well below the 2007-2009 average. Perhaps reflecting too much focus on opinion pieces and not enough on hard news? (Graph updated 6/6/2010). 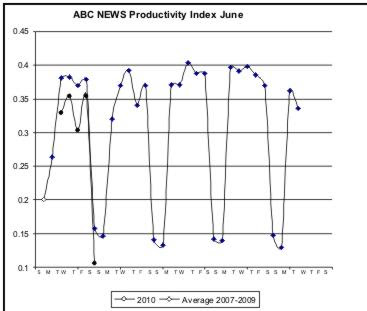 Posted by Marc Hendrickx at 6:13 PM