Don't mention the I word

Only the ABC could post a  "major" report on religion and violence against women, the result of a 12 month "investigation", and fail to include Islam in the mix. One is left with the impression that ABC's "investigative" reporters actually believe the tripe spouted by Yassmin Abdel-Magied when she described Islam as the most feminist religion on Q and A this year? What a joke, that comes as usual at the tax payers expense. 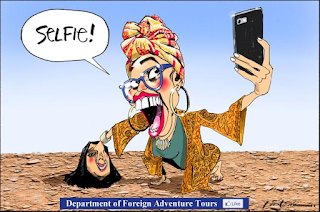 ABC-don't mention the I word
Posted by Marc Hendrickx at 7:44 AM