Nothing unusual in August Morning glory

"Morning Glory" does this refer to ABC's habit of being loose with the truth?

ABC claim....Famous cloud formation rolls in ahead of time

"Residents of an island in Queensland's Gulf of Carpentaria say a rare formation of clouds known as Morning Glory have appeared much earlier than expected."
"Tex Battle from Sweers Island says the clouds, which appear like a roll of clouds in the sky, are usually visible from mid September."

ABC reported on the phenomena back in August 2003 when occurrences in August were not that unusual.
"From around August until November the Morning Glory is one of the most spectacular events in nature to be found anywhere in Australia."

An August occurrence in 2009 reported by the ABC...  Morning Glory Cloud arrives early

Mick Petroff photographed this series of Morning Glory clouds from his airplane at the southern end of Australia's Gulf of Carpentaria on August 11, 2009. 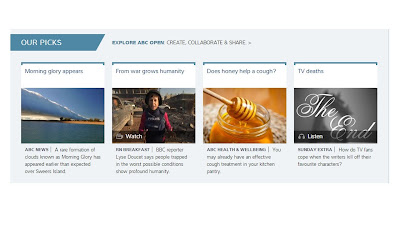 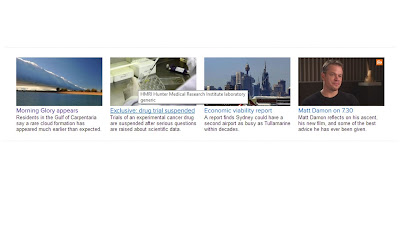 Posted by Marc Hendrickx at 2:12 PM