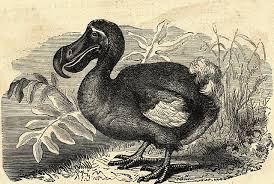 Update: see ABC reply below
ABC's report "Science literacy at risk of extinction" covers the results of a survey of science literacy in Australia based on responses to a number of science questions. Looking at the missing science news stories listed below it seems ABC has not been doing the cause of empiricism* any favours. It even confuses "3 out of 10" with "1 out of 3" - close but no cigar. An embarrassing mistake to make in a story about science literacy.


The questions and some of the comments from the survey appear below. The complete survey results can be found HERE.
Q1: How long does it take for the Earth to go around the Sun?
(Men, younger people, and those with higher education levels were more likely to know the correct answer)
Q2: Is the following statement true or false? The earliest humans lived at the same time as dinosaurs.
(Australians aged 45-64 years and people with less education are the most likely to think that humans lived during the time of the dinosaurs)
Q3: What percentage of the Earth’s surface is covered by water?
(People with a university education were more likely to say the percentage of the Earth’s surface covered with water is 70%.)
Q4: What percentage of the Earth’s water is fresh water?
(Men are more likely to think that the percentage of fresh water on Earth is 3% (16% versus 9% of women), as are those with a university education (17% compared with 12% or fewer of people with less education). The small number of correct answers suggest that most Australians do not know how much of the Earth’s water is fresh.)
Q5: Do you think that evolution is occurring?
(Men, people aged 18-24 years and people with higher education levels are more likely to think that evolution is occurring. )
Q6: Do you think that humans are influencing the evolution of other species?
(Most Australians, regardless of gender, age or education level believe that humans are influencing the evolution of other species,)
Q7: In your opinion, how important is science education to the Australian economy?
(Australians view science education as important for the economy, but men, people aged over 65 years and people with university qualifications are more likely to think that science education is absolutely essential.)
The survey summary states:
Whilst the majority of Australians disagreed, three in ten people said that they believe the earliest humans coexisted with the dinosaurs.
Nevertheless, the results of this survey show that most Australians are aware of many basic scientific facts. For example:

However, around three quarters of Australians overestimate the proportion of the Earth’s water that is fresh, with 77% of respondents believing the proportion is 4% or more.
Younger Australians, those with higher levels of education, and men where somewhat more likely to answer each of the questions correctly.
Results also show that most respondents believe that science education is “absolutely essential” (42%) or “very important” (38%) to the Australian economy.
In particular, people aged over 65 years were likely to emphasize the value of science education, with one in two (50%) stating that it is “absolutely essential” for the Australian economy.


(*Empiricism in the philosophy of science emphasizes those aspects of scientific knowledge that are closely related to evidence, especially as discovered in experiments. It is a fundamental part of the scientific method that all hypotheses and theories must be tested against observations of the natural world, rather than resting solely ona priori reasoning, intuition, or revelation. Hence, science is considered to be methodologically empirical in nature....via wikipedia)

ABC reply received 2 September, 2010
I refer to your email of 30 July 2010 regarding a caption accompanying the News Online item ‘Science literacy at risk of extinction’, published the same day.

You are of course correct that the values ‘3 in 10’ and ‘one third’ are not equivalent.  ABC News have explained that picture captions, like headlines, try to capture the essence of a story in just a few words, and this is what occurred in this instance.  While we don’t believe it to be a significant error, in view of the story’s focus on scientific literacy, ABC News have decided to amend the caption to read ‘Nearly a third of people surveyed believed humans walked the Earth with dinosaurs’.
Yours sincerely,
Head, Audience and Consumer Affairs
SCORE +1

Email ThisBlogThis!Share to TwitterShare to FacebookShare to Pinterest
Labels: science