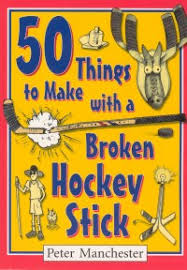 Climate scientists have greatly underestimated the uncertainty of proxy based reconstructions and hence have been overconfident in their models.
Missing News: ABC are yet to cover an independent statistical analysis of multiple temperature proxies undertaken published in the peer reviewed journal "Annals of Applied Statistics" that finds:
"We find that the proxies do not predict temperature significantly better than random series generated independently of temperature. Furthermore, various model specifications that perform similarly at predicting temperature produce extremely different historical backcasts. Finally, the proxies seem unable to forecast the high levels of and sharp run-up in temperature in the 1990s either in-sample or from contiguous holdout blocks, thus casting doubt on their ability to predict such phenomena if in fact they occurred several hundred years ago."

From the conclusion...
Research on multi-proxy temperature reconstructions of the earth’s temperature is now entering its second decade. While the literature is large, there has been very little collaboration with universitylevel,
professional statisticians (Wegman et al., 2006; Wegman, 2006). Our paper is an effort to apply some modern statistical methods to these problems.
While our results agree with the climate scientists findings in some respects, our methods of estimating model uncertainty and accuracy are in sharp disagreement.
On the one hand, we conclude unequivocally that the evidence for a ”long-handled” hockey stick (where the shaft of the hockey stick extends to the year 1000 AD) is lacking in the data. The fundamental problem is that there is a limited amount of proxy data which dates back to 1000 AD; what is available is weakly predictive of global annual temperature. Our backcasting methods, which track quite closely the methods applied most recently in Mann (2008) to the same data, are unable to catch the sharp run up in temperatures recorded in the 1990s, even in-sample. As can be seen in Figure 15, our estimate of the run up in temperature in the 1990s has a much smaller slope than the actual temperature series. Furthermore, the lower frame of Figure 18 clearly reveals that the proxy model is not at all able to track the high gradient segment. Consequently, the long flat handle of the hockey stick is best understood to be a feature of regression and less a reflection of our knowledge of the truth. Nevertheless, the temperatures of the last few decades have been relatively warm compared to many of the thousand year temperature curves sampled from the posterior distribution of our model.

Natural climate variability is not well understood and is probably quite

large. It is not clear that the proxies currently used to predict temperature
are even predictive of it at the scale of several decades let alone over many
centuries. Nonetheless, paleoclimatoligical reconstructions constitute only
one source of evidence in the AGW debate.
The paper is titled

A STATISTICAL ANALYSIS OF MULTIPLE TEMPERATURE

PROXIES: ARE RECONSTRUCTIONS OF SURFACE

TEMPERATURES OVER THE LAST 1000 YEARS RELIABLE?

BY BLAKELEY B. MCSHANE AND ABRAHAM J. WYNER
Northwestern University and the University of Pennsylvania

ABC provide the following response 20/8/2010:
Thank you for your email.

The paper that you refer to, while no doubt contributing to the debate over the accuracy of climate modelling, has yet to have made any significant impact in any of these areas.

The climate change timeline was developed as a feature for the launch of
the ABC environment portal in the lead up to December 2009 Copenhagen conference. The team responsible for the timeline have also advised that they are not currently adding to or amending any of the data.

Thank you for contacting the ABC with your concerns.
Yours sincerely,
ABC Audience and Consumer Affairs


To which we replied:


Sadly that ABC Science have deliberately chosen to ignore the paper reflects poorly on their capacity to recognise significant develops in science as they arise. I feel ABC Science may benefit from the following quote by Karl Popper:

“Whenever a theory appears to you as the only possible one, take this as a sign that you have neither understood the theory nor the problem which it was intended to solve”

Please pass this on.
Thanks for your time
Posted by Marc Hendrickx at 8:16 AM