Warwick Hughes reports on the disparity between BOM's recent Christmas weather forecast and reality. In ABC's report of BOM's forecast this dramatic image forboding of the coming doom: 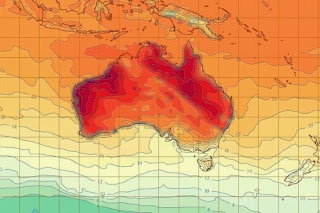 ABC/BOM: About one-third of the country is expected to be hit by a heatwave over Christmas, with temperatures likely to reach 40 degrees Celsius or more.

This was the heatwave as it passed over Sydney this morning... 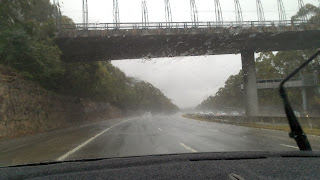 Will ABC report on BOM's bomb?

Posted by Marc Hendrickx at 8:38 PM